I've also done a test print of the 3D parts for the headest. I was reluctant at first to use filament for something I knew I was going to throw away, but I'm glad I did the test print because it showed some areas of improvement.
When I designed the ear muffs I was focusing on slimming down the profile of the headset. Well, I slimmed it down a tad too much. When I attached the speaker to the ear muff and listened to music, the audio was a bit thin. I'm going to solve this by scaling up the ear muff so it has a bigger air volume.

I also test printed the band between the ear muffs. I was surprised at how much flex and strength the PLA had. I was originally planning on printing the finished design in ABS, but this test print convinced me to print everything in PLA instead.
I tested both parts by throwing them at the ground and there was not one crack. This is good news because it is much easier to print the finished product in PLA than ABS. 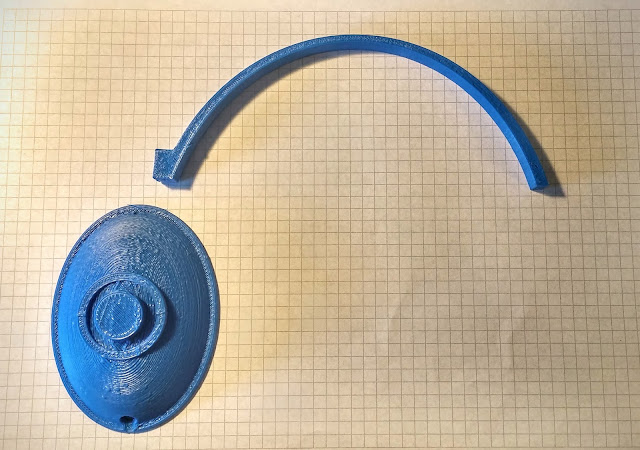 Headset band and ear muff. The final product will be a much finer resolution. 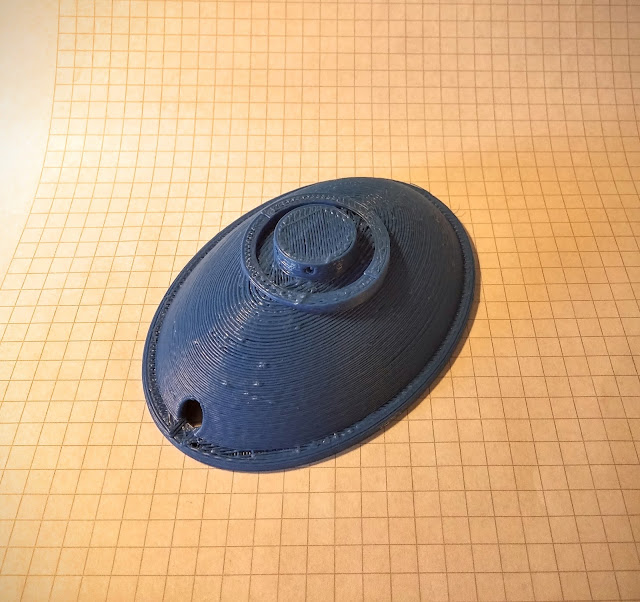 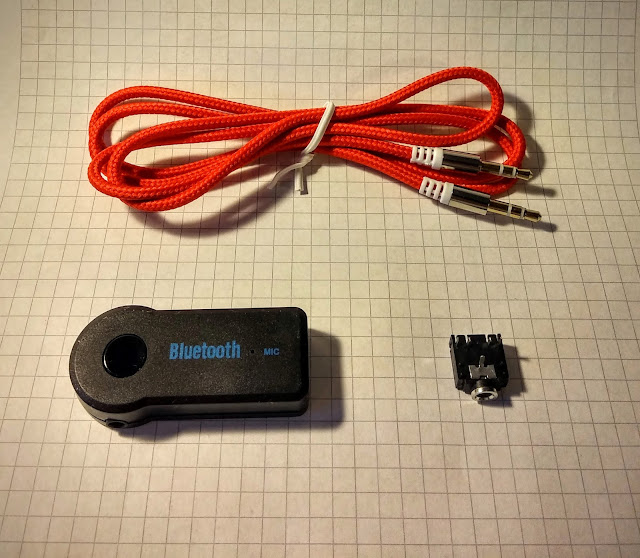 Nice red to go with the painted black headset. Female audio jack to go inside one of the ear muffs. Bluetooth audio receiver for wireless playback.